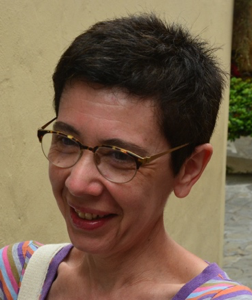 She has long-lasting experience in the field of human genetics with a special focus on rare diseases. In particular, she has been involved in the molecular and functional characterization of trichothiodystrophy (TTD), Cockayne syndrome (CS) and xeroderma pigmentosum (XP), three disorders due to alterations in factors involved in DNA repair by the “nucleotide excision repair” (NER) pathway. She identified the mutations in the ERCC2/XPD gene underlying different pathological phenotypes (TTD, XP, combined XP/CS) and she contributed to clarify the functional role of the XPD subunit of the DNA repair/transcription complex TFIIH. She has been also involved in the characterization of the molecular defects associated to the non-photosensitive form of TTD. In this context she recently identified new disease-genes and characterized the functional alterations, suggesting the hypothesis of TTD as gene expression syndrome. Her present activity is aimed at clarifying the genetic and molecular basis of still unsolved TTD or XP cases by means of next generation sequencing technologies.

Because these cookies are strictly necessary to deliver the website, refuseing them will have impact how our site functions. You always can block or delete cookies by changing your browser settings and force blocking all cookies on this website. But this will always prompt you to accept/refuse cookies when revisiting our site.